Yes indeed… Or maybe, even better:

After all, maybe completely unbeknownst to me, I am very active in the real world; it is possible I only assume I’m shiftless because I simply haven’t noticed my many momentous, perhaps even historic achievements. (At any rate, I’m certain you’ll agree I’m awfully active in my use of italics.)

I mean, maybe it’s just that I can’t remember any of my missions, like the “Manchurian Candidate.” Every once in while, I get “activated” at the appropriate time by my handler, and I deliver the package, or carry out the assassination, or finish off the languishing doctoral thesis, all in a completely unconscious state, like an automaton. And then I “wake up,” and return to my life—where I habitually re-use coffee filters I’ve already thrown into the trash because I’m all out; where I weep with tender anguish for the broken-handled “kitty cats” mug, because, on this particular overcast Tuesday afternoon, I’ve convinced myself that it must be the loneliest object in the whole world; where, increasingly oppressed by my vacillating helplessness, I can quite literally spend hours trying to select a new ring tone for my mobile phone and, in the end, out of exasperation, settle (abysmally) for “La Cucaracha”; where I’m afraid that I will never ever ever truly be loved…—like nothing ever happened.

SUBJECT SOLITAIRE is highly intelligent and charismatic, but appears to suffer from critically debilitating neurotic complications. Furthermore, SOLITAIRE is fanciful, moody, easily distracted, and prone to embellishing her operational reports with exaggerations and outright fabrications. It is my considered opinion that SOLITAIRE lacks the basic drive and lucidity required of an effective asset in the field.

Based on extensive surveillance, signal intercepts, and self-report, SOLITAIRE’s regular activities have been determined to include:

SOLITAIRE is prone to long and paralyzing bouts of self-pity, which however never seem to interfere with her appetite. My preliminary recommendation would be to wind down this operation and suspend any further contact, as the service already possesses other assets in place that can more usefully fill the “poignantly charming self-defeating arty middle-class intellectual chick” role, should the need arise.

[In green ink, a handwritten annotation next to this last paragraph enjoins:] DISREGARD

It’s comforting, the idea that at least someone is taking a personal interest in the minutiae of my life, even if it is only Big Brother. 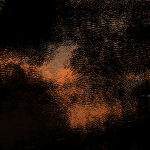